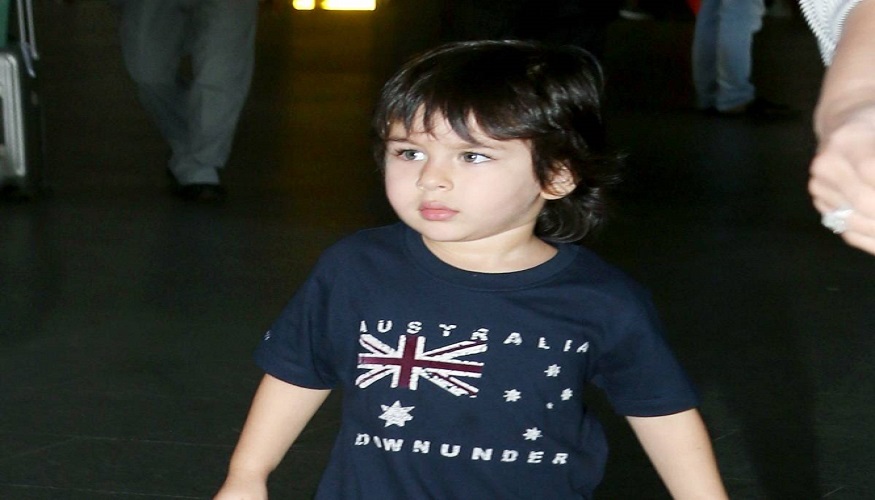 Ever since we have seen a glimpse of Taimur Ali Khan, he has given many out there some major #BabyGoals (if such a hashtag exists at all!). During those late-night girl sessions, we often find ourselves asking, ?What can we do to have a baby like Taimur?? Such is his fan following that Taimur cookies are served at events and paparazzi never get tired of clicking the little patootie?s pictures! And why would they? We are talking about Taimur Ali Khan after all!

Leaving apart all controversies, Taimur has been surrounded by paparazzi ever since he was born, and is amongst the cutest kids around in Bollywood. Taimur is truly a perfect blend of the ? Nawabs? and the ?Kapoors? with his brown hair, roly-poly cheeks, and light eyes.

Paparazzi's fave, Taimur Ali Khan is not three yet, but his mother Kareena Kapoor Khan already has a career plan ready for him. While many may think that little Tim will follow in his parent's footsteps and will pursue acting, Kareena wants him to make his career in cricket just like his grandfather Mansoor Ali Khan Pataudi.

On a recent episode of Dance India Dance 7, Kareena revealed that she wants Taimur to be a cricketer. Taimur's grandfather Mansoor Ali Khan Pataudi was the former captain of the Indian cricket team. He was nicknamed Tiger Pataudi.

The Heroine actress was joined by former captain of Indian cricket team Kapil Dev who made her hit some boundaries on stage. The actress also took home a bat signed by the former skipper to convince Tim to take up cricket.

Actor Kareena Kapoor spoke to filmmaker Karan Johar during a pre-Jio MAMI Mumbai Film?Festival Star 2019 event in Mumbai on Sunday. During the course of the conversation, Kareena revealed how her son Taimur Ali Khan doesn?t like it when she takes pictures of him. Talking about it, she mentioned, ?He thinks paps are his friends. But when I want to take his photo, he says ?Amma, no pictures?.? Karan immediately chimed in, ?Taimur thinks you are Viral Bhayani,? much to everyone?s amusement. She also revealed how the paparazzi, by and large, have been polite. She added how Saif does get a little irritated and tells them so and they usually stop. Every picture posted of Taimur Ali Khan, either alone or with his star family, gets viral on the internet like how! In fact, it was just a few days back when Taimur and his star mommy, Kareena Kapoor Khan were spotted at the airport, twinning in cowboy boots. While Taimur?s ?I love mom? t-shirt was adorable but this time around, we do have to admit what a stylist this hardly three-year-old already is born