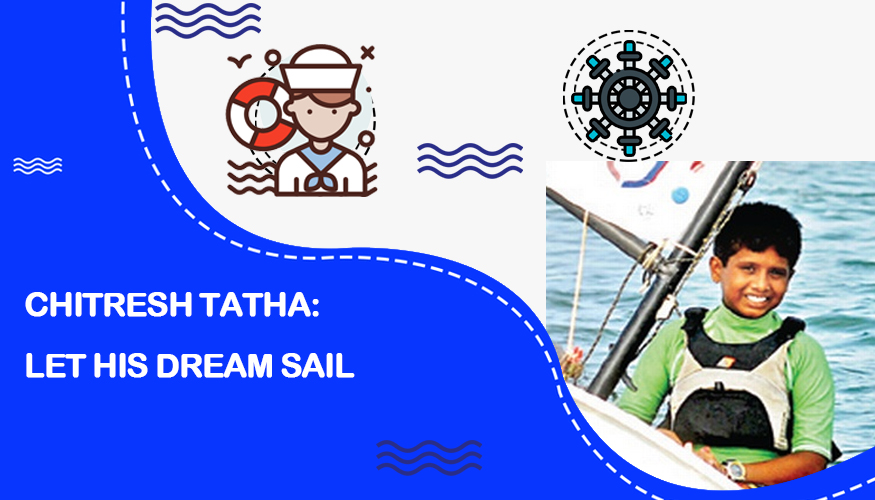 Chitresh Tatha: The Youngest Sailor from India at International Platforms

Chitresh Tatha from Chennai has proved that age is just a number, and it's never too early to find your passion. He started sailing in 2009, and he was the youngest sailor from India at the Asian Games 2014.

Well, most kids dream of becoming a doctor, a lawyer, a pilot, or an actor when they are growing up. However, Tatha opted for a different career opportunity. At the age of 12, he had already figured it all. This young champ from Tamil Nadu is the youngest sailor from India to participate in the recently commenced 2019 Asian Games at Icheon, South Korea.

Tatha is a national champion in the 'Optimist' category . The single- handed sailing dinghy used by children up to the age of 15. Being one of the most popular categories, there are over 1,50,000 boats registered in this class.

This little one's passion for sailing has taken this grade 7 student from Chennai's Bhavan's Rajaji Vidyashram school to countries like Malaysia, Ireland, UK, Turkey, Bahrain, France, Malta, and the Netherlands.

He started sailing at the age of 8 and has been training intensively under the Yachting Association of India's Chief NationalCoach Pete Conway and Assistant Coach Umesh Naiksatam. Soon, he realized that he loves water, and it gives him great joy. He first developed an interest in the sport when he saw his sister Meghna sailing in the Laser Radial Category and thought of giving the sport a try himself. He won the gold medal in the India International Regatta under- 12 in 2013. This young genius makes sure that he practices six hours every day.

Well, despite missing many school hours, he makes it up at home by studying. He is thankful to his teachers for supporting him and help him focus on sailing. An ambitious boy, Tatha aims to grab a medal for the country in the ongoing games. He revealed his plans, "India has never won a medal in the Asiad. But he would like to change that. A podium finish would be perfect". Selected after winning 8 out of 15 races and grabbing one of the top five positions in the remaining races, Tatha wants to make the most of this opportunity at the Asian Games.

Tatha believes you are never too young to find your passion. We wish good luck to this young sailor and hope to see him succeed at all the competitions he participates in.